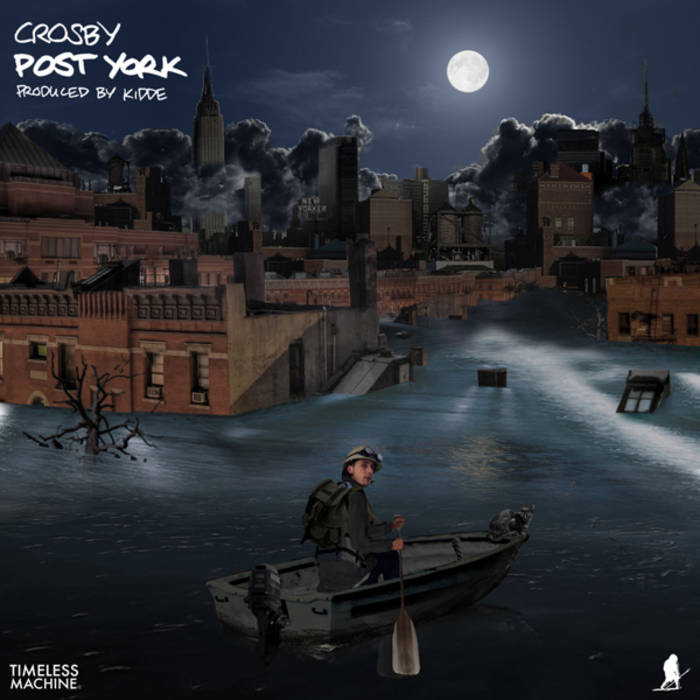 Post York is a multimedia project that takes the form of a comic book with a musical flexidisc attached. The story is set in New York City after the polar ice caps melt. A young man navigates the flooded city, looking for something, anything, anyone...to start again. The comic book by James Romberger takes a postmodern turn as it uses improvisatory cinematic techniques to make the reader a focus group for a pair of alternative endings. The song by Crosby extends the story into another medium to add deeper emotional resonance.

James Romberger’s acclaimed graphic novels include 7 Miles a Second (a new edition is due in December 2012 from Fantagraphics) with legendary artist and AIDS activist David Wojnarowicz and artist and punk diva Marguerite Van Cook, and Aaron and Ahmed (DC/Vertigo, 2010), with Guggenhiem fellow Jay Cantor. The main character of Post York is modeled on James' son Crosby, the MC behind Hip Hop Howl of SXSW fame and a prolific designer for Swizz Beatz. Crosby provides the back cover collage as well as the song on the flexidisc, which features production by Kidde and also a special appearance by singer Jordan Lane.

Music and comics meet as two generations of artists come together to propel a moving vision of a post-apocalyptic world. Step aboard and try to stay dry.

"In the highest horror-comics tradition."
The New York Times
"As sweet and perfect as an Old Master, but with a contemporary edge that sends shivers up your spine. Romberger makes his world come alive."
Walter Robinson, critic for Art in America and Artnet
"Romberger’s art is a fine version of bony realism – his figures are so casually realistic, you can almost see the joints moving."
Entertainment Weekly

"Real talent."
Swizz Beatz
"MC who has rocked with anyone and everyone to ever touch the Bowery."
URB Magazine
"Crosby’s unique musical lane, thoughtful and experimental."
Birthplace Magazine